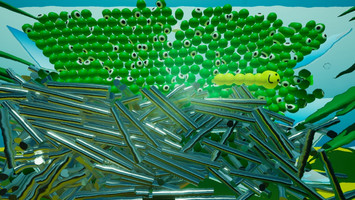 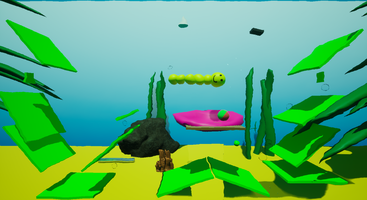 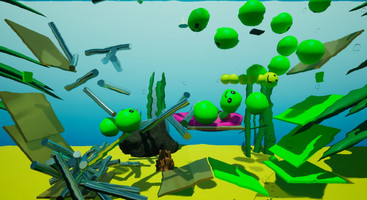 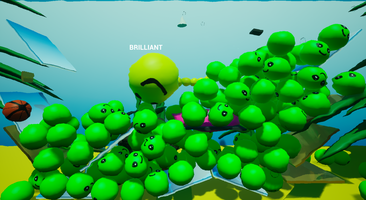 The beta version of Bruce Asbestos launched in 2022 with the information below. There were many known issues with exporting the app out of Unreal Engine. Working with a web developer (James Wreford from Black Shuck), we started a new project from scratch, taking care with all the settings. While the game looks similar, it is almost entirely re-written and is now available on the App Store. Further updates to the design and functionality will take place over the coming months,.

Rest is a Small Worm in a Big Pond.

The Eye of Newt is an ever-changing Ambient Audio Visual Environment.

You can play as Rest, a yellow worm and interact with The Community, a group of frogspawn like eyes.

Working together they complete short challenges, as the world gets filled up with objects.

Or do nothing and let the world go by; the game has a life of its own.

Get Bruce Asbestos' Eye Of Newt

Small Worm in a Big Pond.